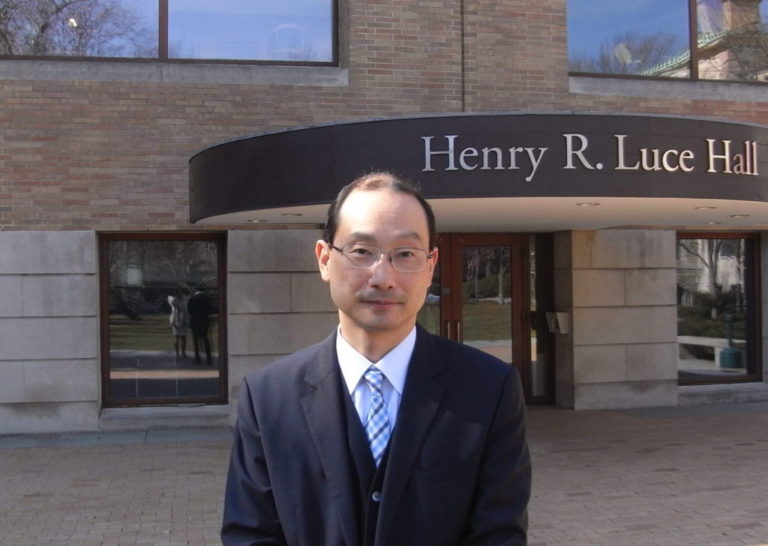 Dr. Daisaku Higashi is a professor in the Center for Global Education and Discovery at Sophia University in Tokyo. He worked for NHK, Japan Public TV station as a program director from 1993 to 2004 and produced a numerous TV documentaries, including “Rebuilding Iraq: Challenges of the United Nations” which received the silver medal from UN Correspondents Association in New York in 2004, recognizing it as the second best TV program on UN. He then completed his MA and Ph.D in the political science at the University of British Columbia in Canada. He consulted on Afghan policies with top government officials in both Japan and the United States; his policy recommendation to create a new reconciliation mechanism in Afghanistan was adopted by the Japanese government on its Afghan strategy which was announced in November 2009. He then worked for United Nations Assistance Mission in Afghanistan (UNAMA) from December 2009 to December 2010 as a team leader for reconciliation and reintegration, stationing in Kabul, and supporting the Afghan government to set up a reconciliation mechanism, such as High Peace Council, international reconciliation trust fund, and Afghan Peace and Reintegration Program that were established in the end of 2010. After he finished one year service in UNAMA, he started working for the University of Tokyo as an associate professor in January 2011. He also served as a Minister-Counsellor in the Permanent Mission of Japan to the UN from August 2012 to August 2014, directing the activities of Peace Building Commission (PBC) as a part of exchange program between the University of Tokyo and the Japanese Ministry of Foreign Affairs. He returned to the University of Tokyo in August 2014. He transferred to the tenure position at Center for Global Education at Sophia University in April 2016. Since 2018, he has frequently been assigned by Japanese Foreign Minister to visit conflicted states such as Iraq and South Sudan to make intellectual contributions to peacebuilding; he delivered his lectures at Baghdad University in Iraq and at Juba University in South Sudan, as well as conducting individual discussions with top leadership of these countries, including three vice presidents of Iraq and the first vice president, numerous cabinet members, and opposition leaders of South Sudan. He often delivers his lectures and presentations at UN Headquarters and the International Peace Institute (IPI) in New York to share the outcomes of his field researches. His publication includes “Inclusivity in Mediation and Peacebuilding: UN, Neighboring States, and Global Powers” (Edward Elgar Publishing, 2022), “Civil Wars and Mediation: How can We End the Modern Wars” (Chuko Shinsho 2020), “Challenges of Constructing Legitimacy in Peacebuilding: Afghanistan, Iraq, Sierra Leone and East Timor” (Routledge 2015),“Peacebuilding:Researches in Afghanistan and East Timor” (Iwanami Press 2009)”, “Why did we go to the war: dialogue of former enemies in the Vietnam War” (Heibonsha Library 2010). His edition includes “Human Security and Peacebuilding” (Nihon Hyoronsha 2017). 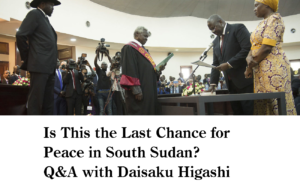 Jun, 2020 "Is this the last chance for peace in South Sudan? Q&A with Dr. Daisaku Higashi" (International Peace Institute in New York)

June, 2020 “Is This the last chance for peace in South Sudan? Q&A with Dr. Daisaku Higashi”, (Internacional Peace Institute in New York)